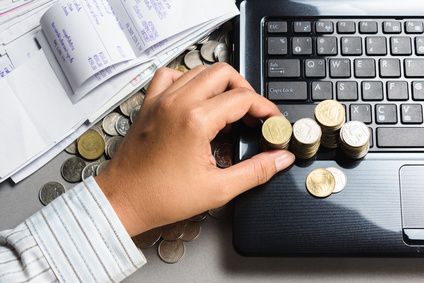 The New Year’s celebration is always exciting, right? It’s a time to look back at the year that was, look forward to the year ahead, and spend the night partying like you’re back at college, though maybe not in that order. But now the dust has settled, and it’s time to get back to business.

While we were busy greeting 2015 and picking the last bits of confetti out of our hair, the fine folks at Hubspot were already hard at work setting the table for the year to come. New for this year is the State of Inbound: Sales Edition 2014, with insights geared specifically toward inbound sales. Let’s take a look at five of the most interesting numbers in this year’s State of Inbound, and how you can use them to start 2015 with a bang.

Integration of Inbound Sales and Marketing

Your marketing team has more options than ever for learning about prospects, but is what they learn being passed on to your salespeople? Sales reps who participated in this years survey indicated that they typically receive only a prospect’s name (80 percent), phone number (74 percent), and email address (72 percent).

The Inbound/Outbound Gap Is Growing

It’s no surprise that inbound sales and marketing reps value social media, blogging, and SEO highly, with over 80 percent of respondents using each. The surprise comes in just how much outbound practitioners avoid those channels, with each category coming in at 10 percent or less. But that’s not all.

The disparity only works in one direction. While outbound salespeople avoid inbound tactics like the plague, the inbound set isn’t afraid to use outbound tactics, as needed. The lesson here is to keep an open mind. Inbound is ascending, in part because it mixes the best of the old and new.

This was probably the most surprising bit of data in the whole survey – just seven percent of sales reps rated social selling as a “priority” for 2015. What’s not surprising is that the top inbound sales priority, at over 30 percent, was closing more deals. Let’s get real, here. No matter how many deals we close, we’re still going to want more.

Improving the efficiency of the sales cycle comes in second, at 19 percent, which doesn’t exactly fit with the lack of interest in social. Few things improve efficiency like knowledge, and few places offer more knowledge about a prospect than their social profile. Even if you don’t use social to engage directly, it’s a great place to gather information.

CRM Is On The Rise

Still working out of a filing cabinet? If so, you’ve got company, just not very much of it. Less than 10 percent of participants reported storing key data on paper. Companies of all sizes are now storing and accessing data digitally, even if only in an ad hoc Word or Excel document (20 percent). Custom databases, the second most popular method, scored just above 20 percent.

Of course, a custom database isn’t exactly cost-effective for most businesses. It’s no surprise, then, that CRM platforms scored highest, just above 40 percent. The only surprise is that the number of companies using CRM isn’t even higher.

Okay, maybe that’s overstating it a bit, but only a bit. The biggest problem that most companies report with integrating CRM is manual data entry. The less time sales reps have to spend manually inputting data, the more satisfied they are with their CRM platform.

The sweet spot is from 31 to 60 minutes. Nearly 50 percent of respondents who were “extremely satisfied” with their CRM fell into this category. It’s perfectly understandable that sales reps want to spend time selling, but you can’t help thinking that organizations which reported spending 120+ minutes manually inputting data might benefit from a more robust CRM training process. In other words, it’s not necessarily the software.

There’s tons more data to dig through in the State of Inbound report, and reading through the whole thing is highly recommended. While there are many interesting trends, one really stood out. We have all of this technology that helps us find prospects and make sales, but tech in itself doesn’t guarantee success. How you integrate sales technology and the training you provide is just as important as the tech itself. If you can remember that simple fact, the whole world of inbound sales will open up for you.