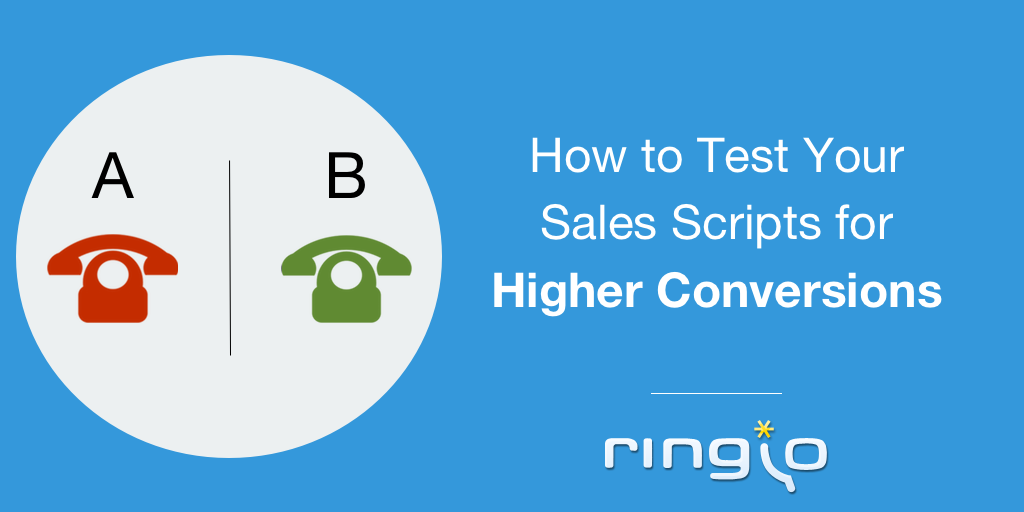 How to Test Your Sales Scripts for Higher Conversions

Is your sales call script delivering the results you expect? If not, do you know why?

Even if your team is tearing it up on the phone, ther

e’s always room for improvement. The challenge comes in identifying reliable methods to test your sales call script. A skilled sales team can make a flawed script look good, just as a struggling team can take the luster off an otherwise excellent script. You’re looking to analyze the script itself, not the person reading it.

A/B testing is a natural first place to turn, given its prevalence in sales and marketing analysis. Quantitative analysis is difficult in this case, however, because you simply can’t test your sales call script enough to generate a statistically significant sample. Testing a script just isn’t as tidy as testing a new web design feature or logo tweak.

If you want to analyze your sales call script effectively, you’re going to need to dig a little deeper.

The Qualitative Side of A/B Testing

You may not be able to reach the threshold of statistical significance, but A/B testing can still generate useful qualitative data about your script. It’s a bit like the rookie who gets called up to the big leagues at the end of the baseball season, and promptly hits ten home runs in September. The small sample size means it would be ridiculous to expect the same player to hit ten home runs every month for the rest of his career, statistically speaking.

Have a skilled scout watch each game however, and you can still learn plenty about whether that player’s habits, attitude, and approach portend future success.

You can analyze the attributes of your script in the same general way. Is your pitch too aggressive, or not direct enough? Does the prospect quickly understand who you are, and what you’re selling? Analyzing the parts is still a good way to get a picture of the whole.

Your Script is a Guideline, Not the Law

Skilled salespeople know how to adapt to the prospect they are dealing with, and think on the fly. Your script will guide your team, but you can’t expect them to recite it word-for-word, every time.

Of course, if they’re not confident in the script you provide, that lack of confidence will show over the phone and turn off potential customers.

How you position your product is the most important part of your script. You need clear, concise messaging that makes an immediate impact.

Product positioning and messaging are also easier to test than the more abstract elements of your script.

Test quick, one-line descriptions of your product to see which resonate the most with prospects. Analyze your comparisons to products from your competitors, and whether the comparison makes an impact.

Make sure that your product positioning and messaging leave as little room as possible for confusion on the prospect’s part.

Develop a System for Regular Evaluation

Some of your best input will come from your sales reps, as they’ll be the ones testing your script with real prospects. Develop a spreadsheet with rating criteria that team members can use to rate calls while testing a script. Split your team into A/B groups, with each group testing a different script.

Start simple, by looking at how long each call lasted and whether the prospect was confused by the script.

Did the prospect ask questions, and participate in the conversation? How and how often did the rep have to deviate from the script? Is the rep confident that the script will aid in closing deals?

Finally, look at the larger picture by tracking call conversion rate – number of calls that moved the prospect to the next stage of your funnel divided by total number of calls made.

Once the test is complete, bring the A and B groups together for a meeting. Get hands-on impressions and let your reps share stories about using each script. Learn how they handled the most frequent objections from prospects. Ask each team what surprised them about their script. Surprises are often the most honest answers.

While you may not generate traditional, statistically significant data, you can absolutely test your call scripts effectively if you’re willing to put in the effort. Collaboration is key to the process, and the hands-on feedback you get from your reps is invaluable. Encourage collaboration by developing a clear, consistent evaluation process, and using the data you gather to ensure that your script instills confidence when it’s time for your reps to pick up the phone.