Top CEOs of 2022 and their management style

Learn from the best. So say those who have already understood that it is much easier to learn from other people’s mistakes than from their own.

Do you have someone you look up to in your professional development? Do you have an idol among successful people in your field? Whose style do you follow, whose path are you interested in, and whose biography are you inspired by? 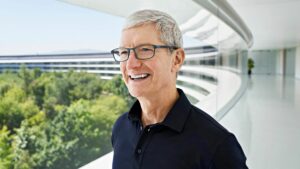 After the death of Steve Jobs, most people believed Apple was doomed. However, the company stayed afloat and grew significantly and increased profits. All this under the leadership of the new CEO — Tim Cook, the former chief operating officer of Apple.

At the time of his appointment, Cook remained in the shadows. He gave almost no interviews, did not appear in any commercials, and was mainly unknown to anyone. No one inside or outside of Apple saw him as the leader the company needed. What is the uniqueness of Cook’s leadership?

Tim Cook’s management style is radically different from the autocratic style of his predecessor. Generally, it can be called democratic and aimed at collaboration, interaction, and team building.

The first thing Cook did when he became head of Apple was to write emails to every employee. It became a trend; it started a new corporate culture of communication. Tim remains open to the opinion of his employees and supports a culture of transparency in the company.

Pay attention to his attitude to problems and troubles. He does not look for culprits but uses questions to understand the situation and find ways to solve it. That is, before making a decision, he collects and analyzes information.

Through his efforts, Cook has made Apple a more inclusive and diverse company. Under his leadership, the company increased the size of donations and invited an assistant for the development of renewable energy sources. He was also praised for handling the COVID-19 pandemic, during which Tim took steps to protect the health and safety of Apple employees and ensure the company’s smooth operations. 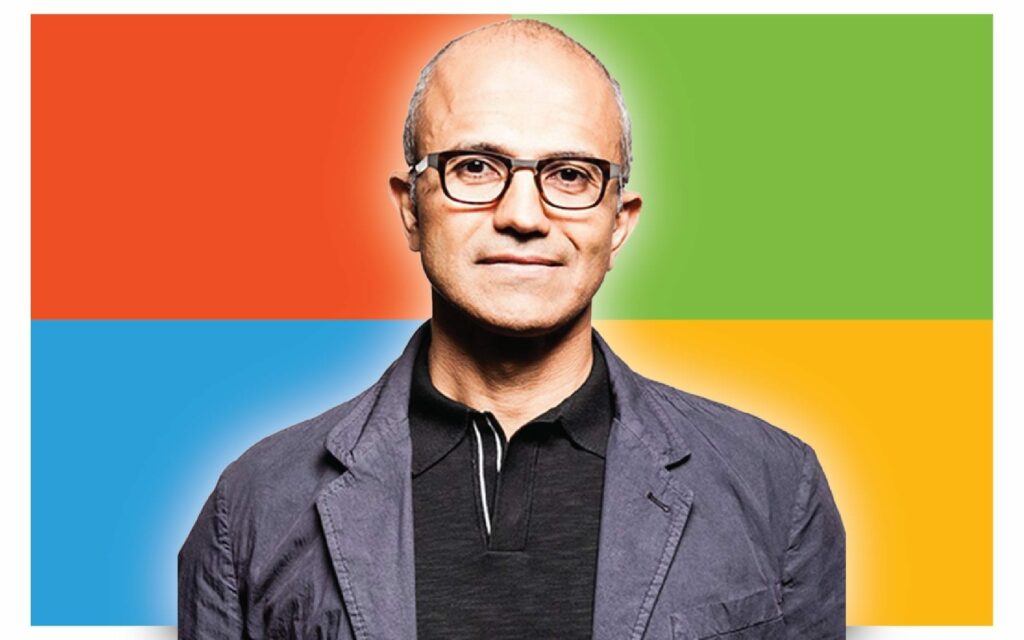 Nadella’s management style is similar to that of Cook. It is focused on teamwork and cooperation. But some unique features may inspire you.

Satya Nadella is known for his emphasis on innovation and willingness to take risks to succeed. He makes decisions only based on data and can analyze complex information and identify trends and patterns.

One of Nadella’s main values is ethical and responsible business practices. He put empathy at the forefront of a new corporate culture but reimagined it this way.

Listening to customers and giving them what they want is not enough. Customers want companies to go above and beyond. And this requires empathy and sympathy. Innovation happens only when a company can satisfy undefined needs. And this comes from a deep sense of empathy, which is inherent in everyone.

Overall, Nadella’s management style can be described as collaborative, data-driven, and focused on innovation and ethical business practices. 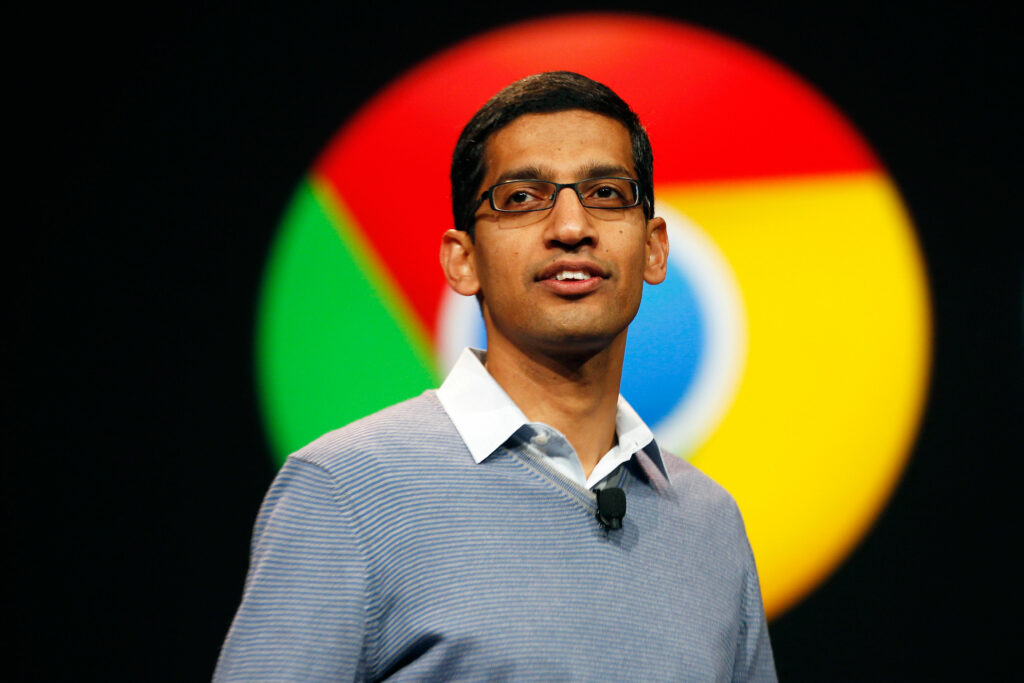 Collaboration and focus on teamwork stopped being a trend and turned into everyday and even necessary things. Pichai was no exception, and since 2015, Google employees have been working under his sensitive leadership.

What successes did the Alphabet Corporation achieve during the years of his rule?

Google’s market capitalization doubled and exceeded $900 billion, and Alphabet’s revenue, the bulk of which is formed by Google’s advertising revenues, reached a record $136 billion. He became the highest-paid American CEO in 2016. And in 2018, the international company Reputation Institute named him the most respected top manager on the planet.

Pichai is known for his emphasis on data-driven decision-making and his ability to analyze complex information and identify trends and patterns. He is also known for his focus on innovation and willingness to take risks for progress and success.

He has also spoken about the importance of diversity and inclusion in the tech industry and has worked to promote these values at Google and Alphabet.

Overall, Pichai’s management style can be described as collaborative, data-driven, and focused on innovation and ethical business practices. He has a reputation as a demanding and hands-on leader who sets high expectations for his employees and motivates them to achieve ambitious goals.

A willingness to take risks and a focus on innovation is what has ensured the incredible success of his companies in areas such as space exploration and automotive. But his management style is recognized as authoritarian. Musk does not show respect for his subordinates and requires them to achieve their goals at any cost.

Another distinguishing feature of his management style is his tendency to be involved in all aspects of his company’s operations, from product development to marketing and finance.

Overall, Musk’s management style can be described as ambitious, data-driven, and focused on innovation and continuous improvement. 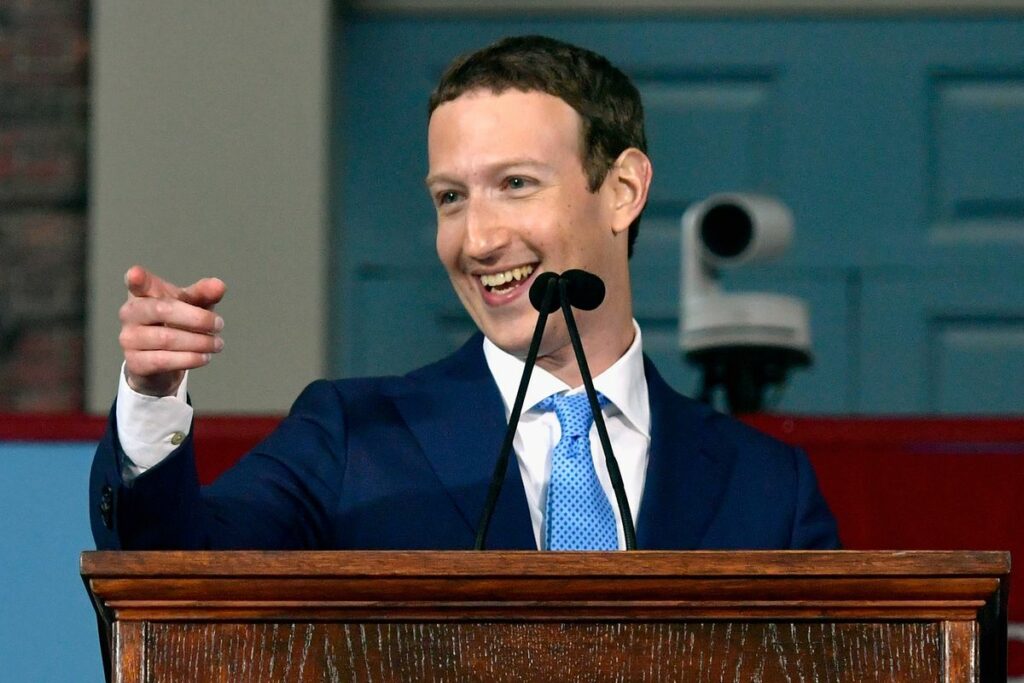 Zuckerberg believes that great people working with clear direction can achieve positive results. He believes that employees should be hired based on their passion, not their skills. He explains that “skills can be taught, passion cannot.”

There is another interesting feature of work at Meta. Employees are not assigned projects but are allowed to choose projects in which they are most interested. This leadership method gives employees the power, courage, and freedom to select their actions aimed at success. Therefore, it is not surprising that 99% of Meta employees are satisfied with their management and happy to work for the company.

Zuckerberg also makes decisions with confidence. He believes in his product. He turned down offers from other businessmen to buy his business because he believed that Facebook was more than just a business. His ambition is to create a more connected world, and he believes Facebook can do just that.

Zuckerberg’s management style can be described as hands-on, data-driven, and focused on innovation and transparency. 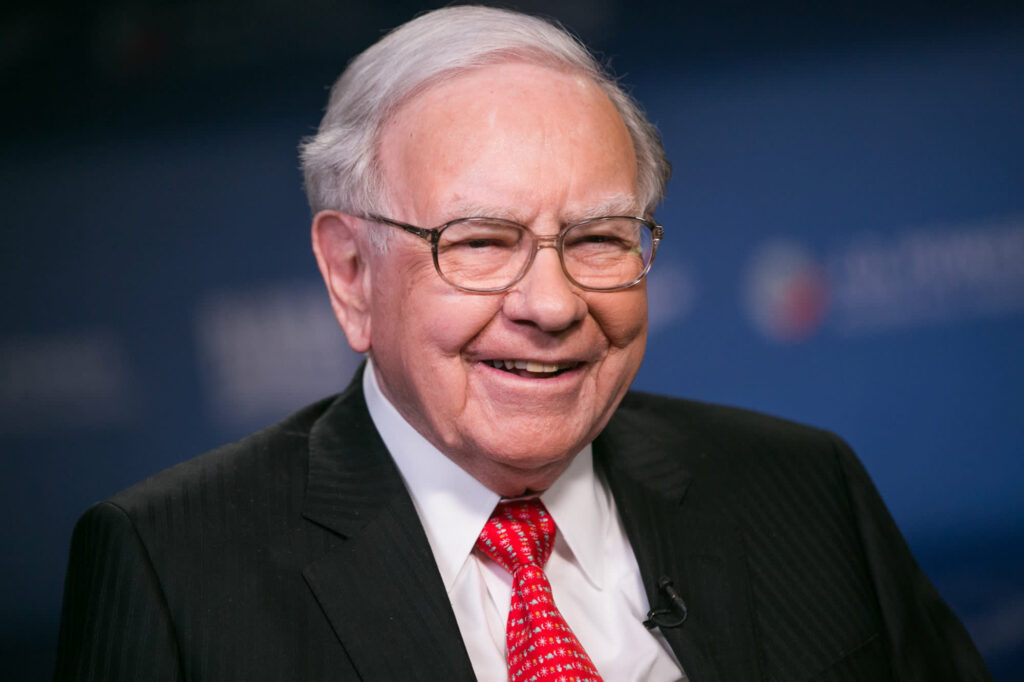 Buffett is known for his long-term, value-oriented approach to investing, and this philosophy also extends to his management style.

Unlike Zuckerberg and Musk, who want to keep power in their hands, Buffett skillfully delegates decision-making to his managers. It gives them freedom of action as long as they achieve the intended goals and follow the company’s values.

What are these values?

Discipline, a culture of trust and accountability, rationality, and long-term planning.

Warren is also known for his focus on building strong, long-term relationships with his employees and his dedication to developing their skills and fostering their careers. He values his subordinates, and they thank him for the same.

Buffett’s management style can be described as disciplined, long-term-oriented, and focused on trust, accountability, and employee development.

6 personalities – 6 successful people, each of whom has his management style and life philosophy that he follows. Which of them inspired you the most? Whose example would you like to follow?

0 thoughts on “Top CEOs of 2022 and their management style”