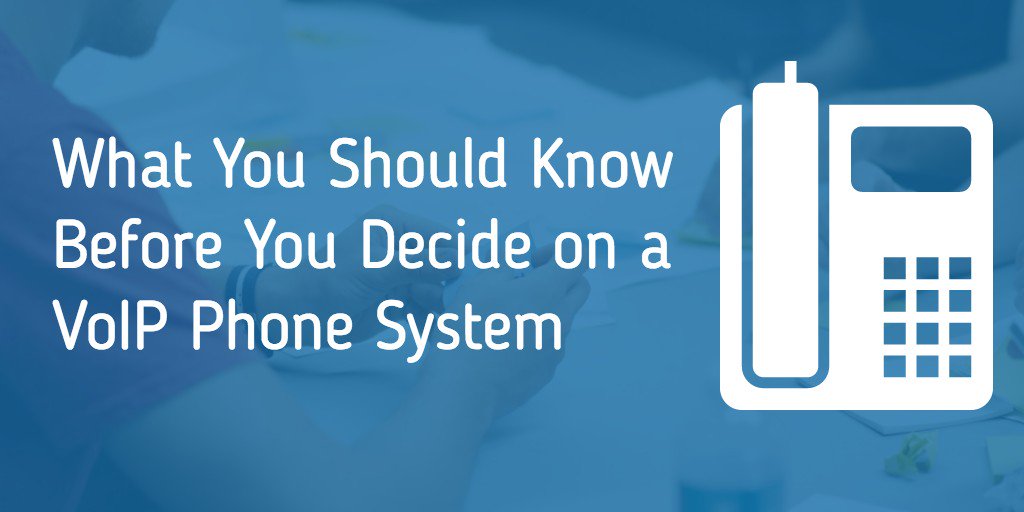 Deciding on a VoIP Phone System

If you’re contemplating the switch, or preparing to adopt a new VoIP solution, what do you need to know?

The Advantages of VoIP

First, VoIP is significantly cheaper – and the more you scale, the bigger the difference gets. If you’re a small operation looking to grow, you might have just one or two phone lines. Bump that up to three or four and you’re entering the territory where you need to buy and install expensive hardware that can run to thousands of dollars to handle the extra traffic. But VoIP doesn’t require phone lines, handsets, or branch exchanges. So the cost is far lower. That can eliminate a roadblock to building a dedicated sales team to grow your company, or just slash needless overheads.

Secondly, VoIP allows integration with other forms of communication. Email, IM, social, and everything your mobile phone does – yes, even voice calls – use IP packet technology. Get a phone system that uses that same technology and you can plug it into your existing tech.

And finally, with VoIP, anything with a speaker, a microphone and an internet connection can be a phone. So if you’re a realtor with agents in the field who still need to be able to take inbound calls, for instance, problem solved – just route the call to the agent’s mobile.

The Challenges of VoIP Adoption

You’ll find some of the same things in both groups. That’s because an opportunity can be a roadblock if it’s not handled right; VoIP adoption is no exception.

Traditional phone lines rely on copper cabling; VoIP relies on your internet connection. That varies from location to location; in isolated rural areas poor internet is a given and there’s not much you can do about it – the problem is ‘upstream,’ in overloaded wiring or inhospitable terrain that makes 4G internet patchy too. Apart from paying for the best connection you can get – usually superfast fiber broadband, which is itself sometimes unavailable in rural locales – this is a tough problem to fix.

The cost of a VoIP system is lower than a traditional PBX. But that doesn’t mean there’s no cost. And you have to factor in the TCO – total cost of ownership. It’s not just purchasing the tool itself (or subscribing to it) – it’s the costs of learning to use it, building its features into your process and integrating it with your other tools. Which brings us to…

VoIP has the potential to integrate with your other business tools. But not every VoIP system will do this equally well. Some offer only a narrow range of integrations; others will exchange information with business-critical tools like CRM but still remain outside them, forcing reps to use more than one tool and switch between them. And if the tool does deliver the depth of integration you want, that doesn’t mean that achieving it will always be a seamless transition.

To get the benefits of VoIP without struggling with some of the hitches you can encounter along the way, look for a tool that offers a wide range of functionality and deep integration with your existing tech stack – ideally, one that lives natively inside your CRM. Look for features that deliver solid business benefits, and reliable support.

0 thoughts on “Deciding on a VoIP Phone System”